When Should You Get Married according to your Zodiac Sign? – Marriage Horoscope 2023 Prediction. As most would agree, marriage is a hit-or-miss thing.

Either you’re going to end up lucky with that one person, or file divorce three years after.

After all, the sheer complexity of each signals that it is no easy task, something that must be taken with due diligence.

With that, one of the best considerations that you can make is to take note of your proper pacing. By noting when you should get married, you will be able to ride the tides of destiny instead of going against it.

Following the stars will lead you to the right path. Thus, we’ve compiled a quick guide to give you an outlook of what’s the ideal range of age for you to get married.

By identifying with your zodiac sign, it will be easier for you to get a good grasp of when is the right time to tie the knot. 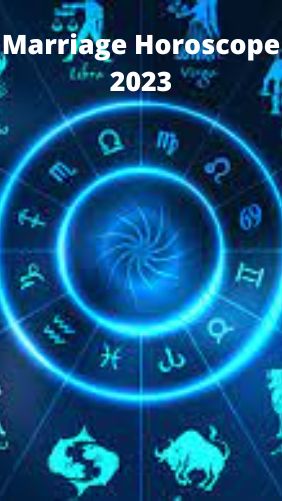 Being part of the fire sign, Aries is known to be daring and bold in their approach. As such, marriage for them is something that must be done early in their lifetime.

If your zodiac sign is Aries, it is best for you to get married during your early twenties!

As an earth sign, Taurus is known to value stability a lot. As such, this zodiac sign views a beautiful house and a happy home as a symbol of stability and happiness.

With this, we can say that Taurus can easily place marriage as one of its core goals.
But unlike Aries, Taurus is not as daring.

Given such, we can safely say that if you’re a Taurus, it’s best for you to go for the mid-twenties.

Symbolized by the celestial twins, Gemini can be quite complex compared to other Zodiac Signs.

As such, their view on marriage can also be equally as questionable, given that they may have shifting perspectives on what love should be.
With this, they will be prone to seeking love early in their lives but will only pursue marriage during their thirties.

Resembling the water as its natural habitat, Cancer embodies the intimacy and genuine conversations. When you are with them, they feel like water streaming down the river as it gently yet powerfully pours over.

Thus, if you’re a Cancer, you are naturally lovable and the nearer you approach the thirties, the better time for you to get married.

Representing the strong passions of the lion and the fire sign, the sheer presence of Leo can easily be dominating and alluring at the same time. With that, Leo will naturally attract love interests early on but will only take things seriously during their thirties.

Such an approach, after all, takes note of hunting and resting seasons.

Given Virgo being an earth sign, their qualities make them decisive and lovable at the same time.

But unlike Cancer, this Zodiac sign will seek to marry early in life, as they can resonate with the joy of being successful in their domestic life.

Thus, the mid to early twenties is an ideal age for them.

Libra is known to be obsessed with balance and harmony. By being an air sign, it is one of the immovable zodiacs, known for their rational approach. Even so, Libra still maintains a very lovable personality given that perhaps most people it comes across with can have that sense of being understood when talking to a Libra.

With this, Libra is known to comfortably marry early on or even late, as long as it suits them.

Similar to Libra, Scorpio is known to favor both sides of the coin. As a passionate sign, this translates to either marrying early on or late in life. If you are a bit on the rebellious side, then you might need to wait for a while.

But if you favor your water sign, then your lovable nature will most likely get you wed early on.

Represented by the archer, Sagittarians are known to be great seekers of life. With this, love and marriage early on can be least compelling for them.

As such, this suggests that you are better off marrying later on in life if you share this zodiac sign.

Represented by the sea goat, Capricorns are known to be great navigators on both the land and the sea.

Such representations reflect that they are good at both material and emotional realms, both of which are crucial in marriage.

But with their know-hows, they are also famous for being cautious with their relationships.

As such, mid-twenties the to early thirties is known to be a good time for this zodiac sign.

Known to be highly energetic and passionate, Aquarius should be a bit cautious with getting married. While they can pursue love the way a youngster would, they can also be prone to committing early on given that they translate this passion to such.

As long as they feel the right moment, it should often come as a positive sign.

Symbolized by two fish swimming in opposite directions, love can be quite a complex thing for Pisces. Even when they share the water sign, the very core of Pisces makes it hesitate towards love. Thus, they are likely to take the conservative approach and wait till their thirties to marry someone.

With these, we hope that we were able to give you a grasp of how the stars feel about your marriage life. Remember thought that at the end of the day, the choice will always be yours.