Discovered on March 2, 2022 by astronomers transient survey camera at the San diego, California.

The comet has its own orbit around the planet sun that passes through the outer of the solar system, this will take a long journey and a long time.

The comet can be distinguished from stars by its tails of dust and particles, as well as glowing green commas appearing around it. 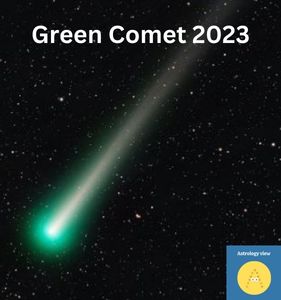 The coma is the outer part of the comet as it is close to the Sun.

This time a newly-discovered green comet is close to the planet Earth and it may be visible to the normal eye without binoculars.

If we want to see the comet again then we would wait another 50,000 years, experts say.

People in the Southern Hemisphere will be able to see the green comet in the month of February, NASA said.

In the clear sky only we will see the comet in the sky.This January and February is the only time in the history that humans will be able to see the comet from the Earth.

What is Green Comet?

A comet is made up of frozen gas, rock and dust. When a comet comes close to the sun, it heats up the gasses and dust into the mass that will look like a coma which is the outer part of the comet. This will appear in the sky with a long tail. Generally this comet is in the green color because it has the compounds like cyanogen and carbon that give the color green.

Special About this Green Comet

Fact that this green comet 2023 has been seen in 50,000 years is a rare occurrence. This may be the last time we see this comet again. It will return very long or never return because it is a parabolic orbit not a closed orbit.

This comet will be seen in the months of January and February 2023.