In this article you will get detailed information related to Mars retrograde 2023 for dates and timings.

Therefore, the planets backward moving in the solar system are called “retrograde”.

Mars is now going to turn directly to the zodiac Taurus on January 13 2023. In common Mars never gives good results if it resides in any of the zodiacs in the zodiac chart.

The planet Mars represents fire said in the vedic astrology. It gives courage, strength and energy to the zodiac person. Some of the people said that Mars is the planet that is known as the son of the land.

Mars moves from one planet to another planet is said to be Mars Transit. Mars resides in one zodiac in a one and half month period and then moves to another zodiac.

As per astrology, Mars is the lord of two zodiacs that is Aries and Scorpio and these are the first and the eighth place in the zodiac chart. 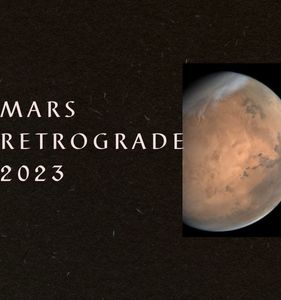 If Mars transit in the third, sixth and eleventh place of the zodiac chart then it will give positive results to the person.

Date and Time of Mars Direct in the zodiac Taurus
2023

What are the Effects will happen in that period?

But After two months, Mars is going to direct in the zodiac Taurus which will happen on January 13, 2023. In that period you will give good results and positive vibration.

Those who are all suffering from some bad things because of the Mars retrograde now the time to resolve all things because Mars directs to the zodiac Taurus on January 13,2023.

This will give positive energy to the zodiac people of Taurus.

Mars Retrograde is the opposite direction and slows the process compared to the normal round.

When Mars turns directly to any of the zodiacs, while Mars begins to move in the forward direction.

Thanks for Reading “Mars Retrograde 2023”.